Toyota Camry, Nissan Altima, Chevrolet Malibu and Honda Accord failed safety tests under the new IIHS method, which is close to real conditions. 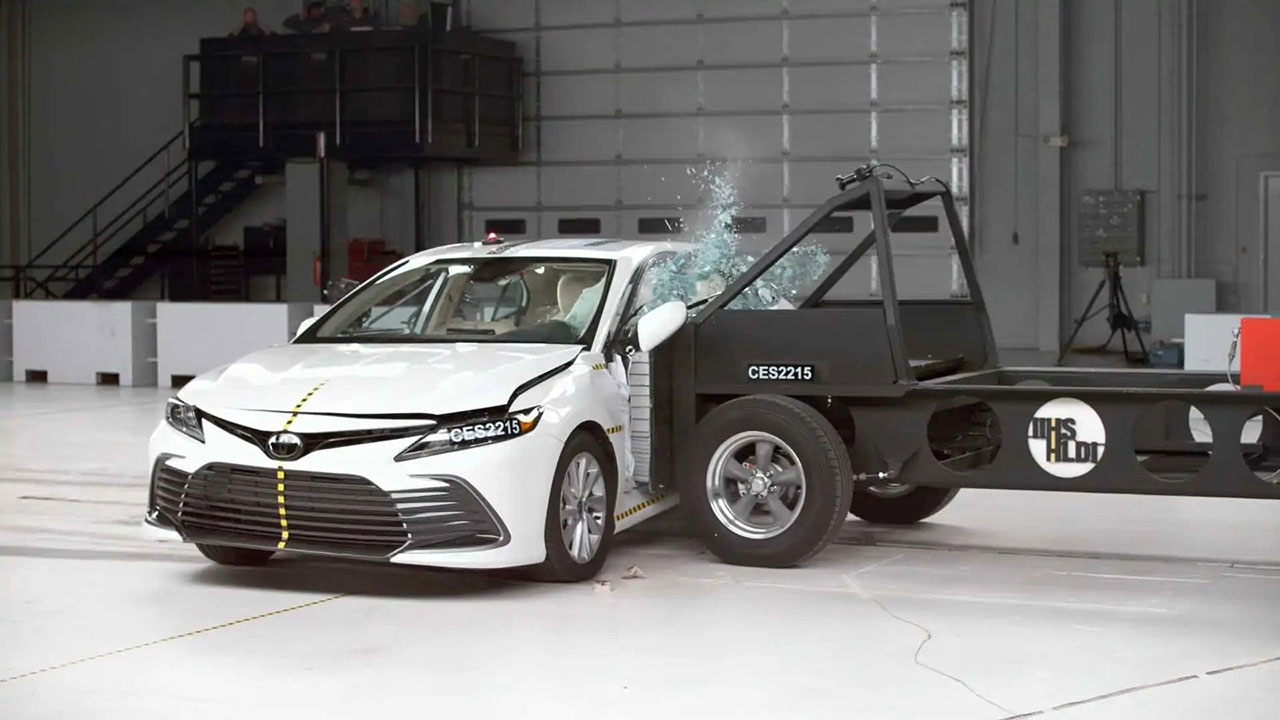 Recent studies have shown that many of the real-life side impacts, which still account for almost a quarter of car occupant deaths, are more serious than thought. Therefore, the IIHS has developed an updated side crash test.

The updated side crash test uses a heavier barrier moving at a higher speed.

Only the Subaru Outback received a “good” rating from the entire list. The Hyundai Sonata and Volkswagen Jetta, with slightly higher interior penetration, were rated "Acceptable".

Honda Accord, Toyota Camry, Nissan Altima and Chevrolet Malibu failed the test. In the last three models, in addition to the unacceptable degree of deformation of the central pillar, the heads of the mannequins of the driver or the rear passenger (in some cases both) slipped under the side curtain after the collision and hit the door panel.

It is noteworthy that all seven cars from the list previously received a “good” rating according to the old test methodology. 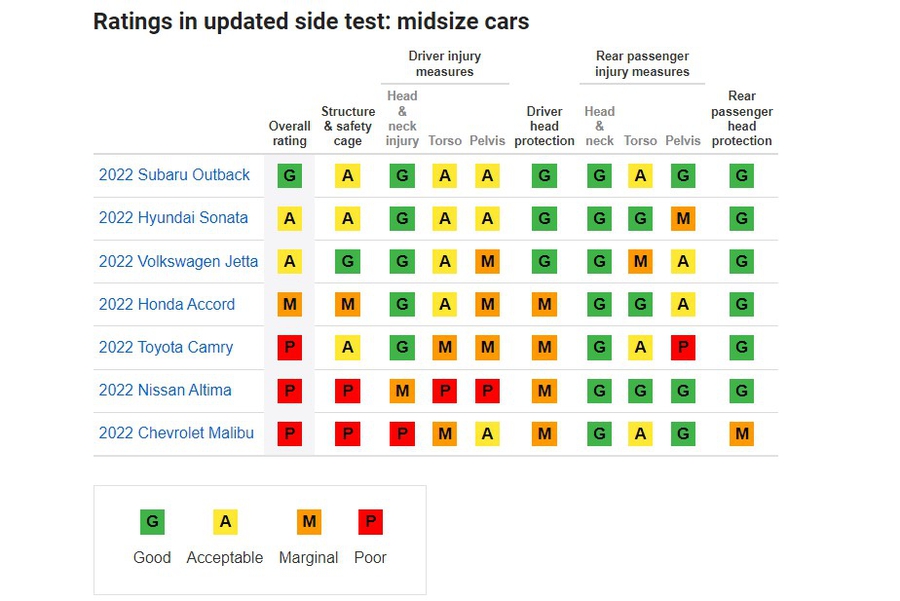